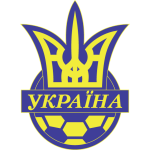 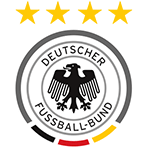 Ukraine vs Germany predictions for Saturday’s Nations League fixture at the Olimpiyskiy National Sports Complex. Can Germany claim their first victory in Nations League Group A at Ukraine’s expense? Read on for all our free predictions and betting tips.

Germany and Both Teams To Score @ 6/4

Germany and Both Teams To Score

Reason For Ukraine vs Germany Predictions

With two draws from their first two games in Group 4, Germany’s Nations League A campaign hasn’t gone quite according to plan, though Die Mannschaft will be determined to restraighten their path in Kiev this week.

Their hosts – Ukraine – upset the odds to beat Switzerland in the group’s opening round of matches early last month, though having suffered successive heavy defeats since, much of their confidence will have been chipped away.

Andriy Shevchenko’s men were torn to shreds in Spain in a 4-0 drubbing in the last international break, and their mid-week 7-1 mauling at the hands of France on Wednesday evening this week was the worst possible way to prepare for their competitive endeavours.

The Ukrainians preparations have also been severely impacted by several COVID-led withdrawals from their squad, after Shevchenko saw half a dozen players ruled out in one cruel swoop.

Ukraine however, carry a promising goal-scoring record at home into Saturday’s game, and having notched in 10 fixtures in a row inside their borders, Shevchenko’s side will feel they can register against a Germany side that kept just two clean sheets in their last seven assignments.

A high-calibre German team should still have the firepower to outscore Ukraine this week, though Joachim Low was left frustrated by his side’s defensive efforts in their 3-3 friendly draw with Turkey on Wednesday.

Germany, who saw both teams score in each of their last four matches, have shown enough vulnerability at the back to suggest Ukraine will have chances to score on Saturday, though any goal the hosts host will likely be a consolation against their high-class visitors.

With those factors aligned, we think it’s worth backing Germany to win and both teams to score this weekend against their COVID-hit opponents, while our correct score prediction points towards a 3-1 away victory.

Having watched France pulverise Ukraine in Wednesday’s friendly earlier this week, the Germans will be confident that they can hit three goals against a patched up home defence.