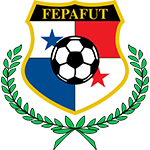 USA vs Panama predictions for Monday’s international friendly at the Neustadter Stadion. USA and Panama face off in Austria on Monday as they play out this friendly match. Read on for all our free predictions and betting tips.

Reason For USA vs Panama Predictions

Exciting USA squad to get back to winning ways

USA extended their unbeaten streak last week as they played out a goalless draw at Wales, and now they head to Austria to face Panama on neutral territory.

USA have won four of their last six matches and are starting to put together an exciting young squad. The likes of Sergino Dest, Tyler Adams, Weston McKennie, Yunus Musah, Giovanni Reyna and Timothy Weah are all 22 or younger and already plying their trade at some of Europe’s top clubs, so this could be the beginning of a very successful era for them.

Panama’s squad is rather less exciting, and they’re heading into this match having lost 1-0 to Japan in Graz on Friday. Prior to that they had won three games in a row, but a clash with the USA represents a step up in quality and they could find themselves on the end of another defeat here.

They have lost their last three meetings with the USA and haven’t beaten them outside of a penalty shootout since 2011, so we’re backing a USA win here. Panama have scored just five goals in their last eight games and, with USA winning to nil in three of their last six, we also fancy a 2-0 correct score prediction.

Alex Wrigley November 15, 2020 alex.wrigley@freesupertips.co.uk @Wrig90
Content Manager at Free Super Tips, Alex was born in the shadow of Old Trafford and is an avid Man Utd fan. After graduating from university he combined his love of football, writing and betting to join FST and now closely follows goings-on in all of the top European leagues.