Denmark have conceded in all three Euro 2020 games so far but have scored five goals in return, while Wales have scored in seven of their last ten matches.

Denmark beat Wales home and away in the UEFA Nations League and have averaged 1.67 goals per game in Euro 2020 so far. They won 2-1 in Cardiff three years ago and another similar result looks likely.

Wales may have lost their final Group A match against Italy on Sunday but nobody can question their character after they withstood an Italian onslaught for nearly the entire match, limiting the dominant side to one goal and qualifying as runners up in Group A on goal difference.

The narrow margin of defeat was made all the more impressive by the fact they played over half-an-hour with ten men after Ethan Ampadu’s red card. Now they can turn their attention towards replicating the unexpected success of their semi-final run in Euro 2016, although that’s a lot easier said than done.

Denmark bounced back from two defeats in emphatic fashion on Monday as they put four past Russia to finish second in Group B on goal difference, with that game punctuated by a trio of stunning goals from the Danes.

Kasper Hjulmand’s side have endured a tough time to say the least in this tournament but they showed their spirit in that 4-1 thrashing of Russia, and in fairness to them they deserved far more than they got in defeats to Finland and Belgium earlier in the group stages.

In fact, Denmark won the xG count in all three of their group games and are a far better side than those two defeats suggest, although Wales will still be a threat to a back line that is yet to keep a clean sheet in Euro 2020. 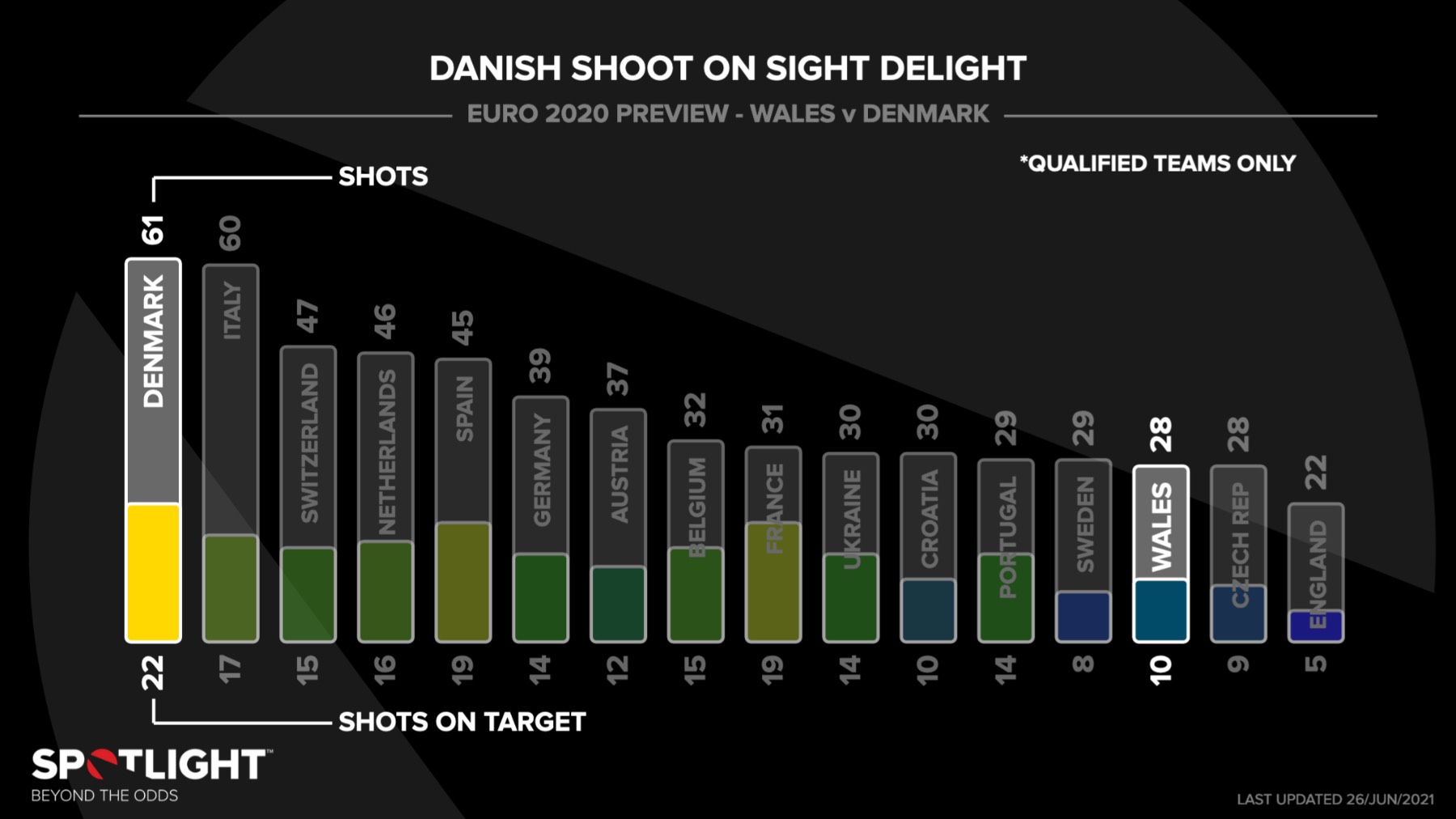 Expect goals at both ends in Amsterdam

Wales may not have threatened much against the impenetrable Italy but their attacking display against Turkey was very encouraging. They have scored in seven of their last ten matches and with Gareth Bale, Aaron Ramsey and Dan James all in fine form right now they should be able to find the net.

Keeping Denmark out at the other end is unlikely, though. Only Netherlands (7.6) have generated a higher xG than Denmark (5.9) in Euro 2020 and they looked fantastic against Russia. I’m backing both teams to score here and, with Denmark winning both Nations League clashes between the sides in 2018, I’m opting for a repeat of their 2-1 win in Cardiff three years ago.

Yussuf Poulsen is the standout pick in the anytime goalscorer market, too. The RB Leipzig man capitalised on a terrible error in the Russian defence last time out and has scored in three of his last five appearances for Denmark. He can score for the third straight game here. 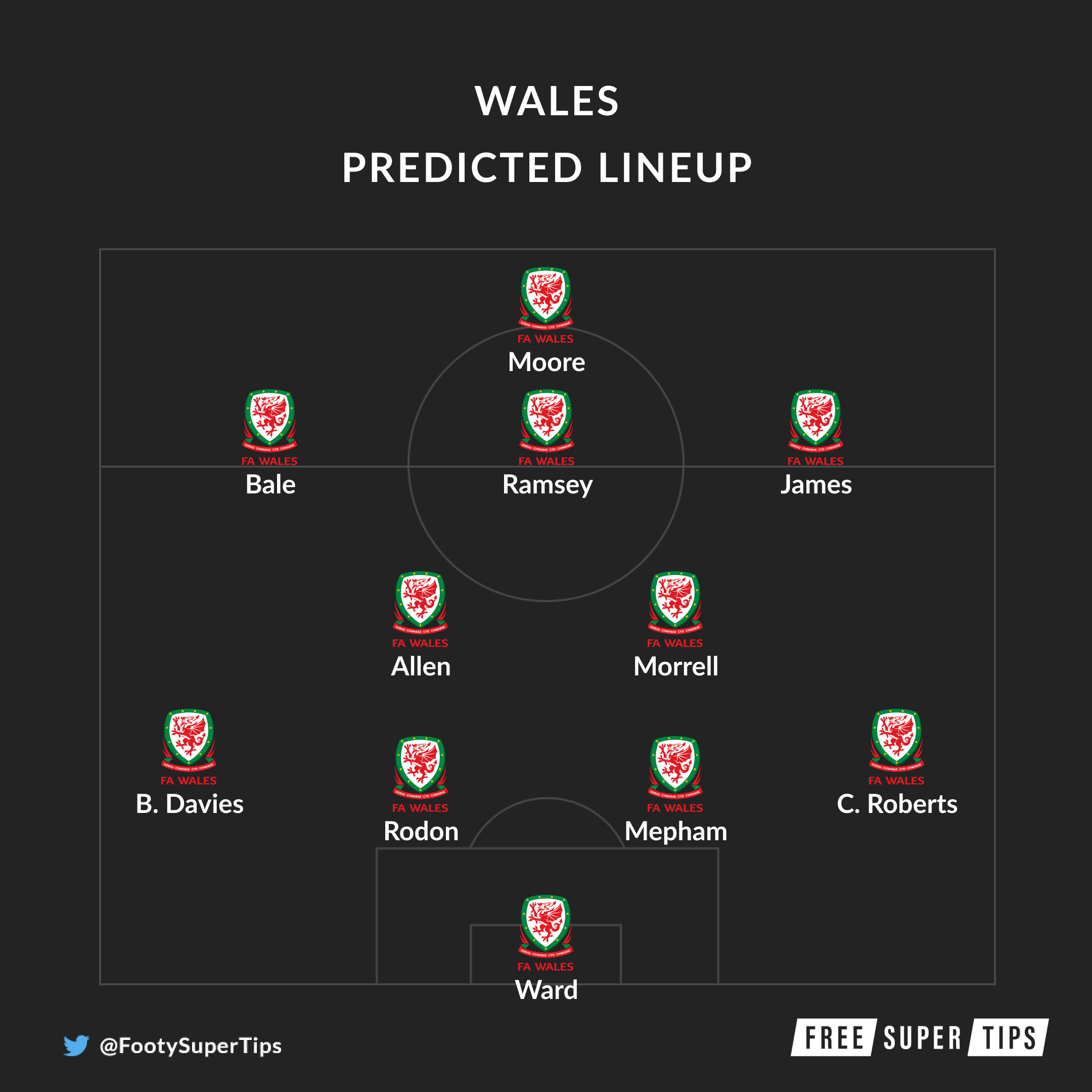 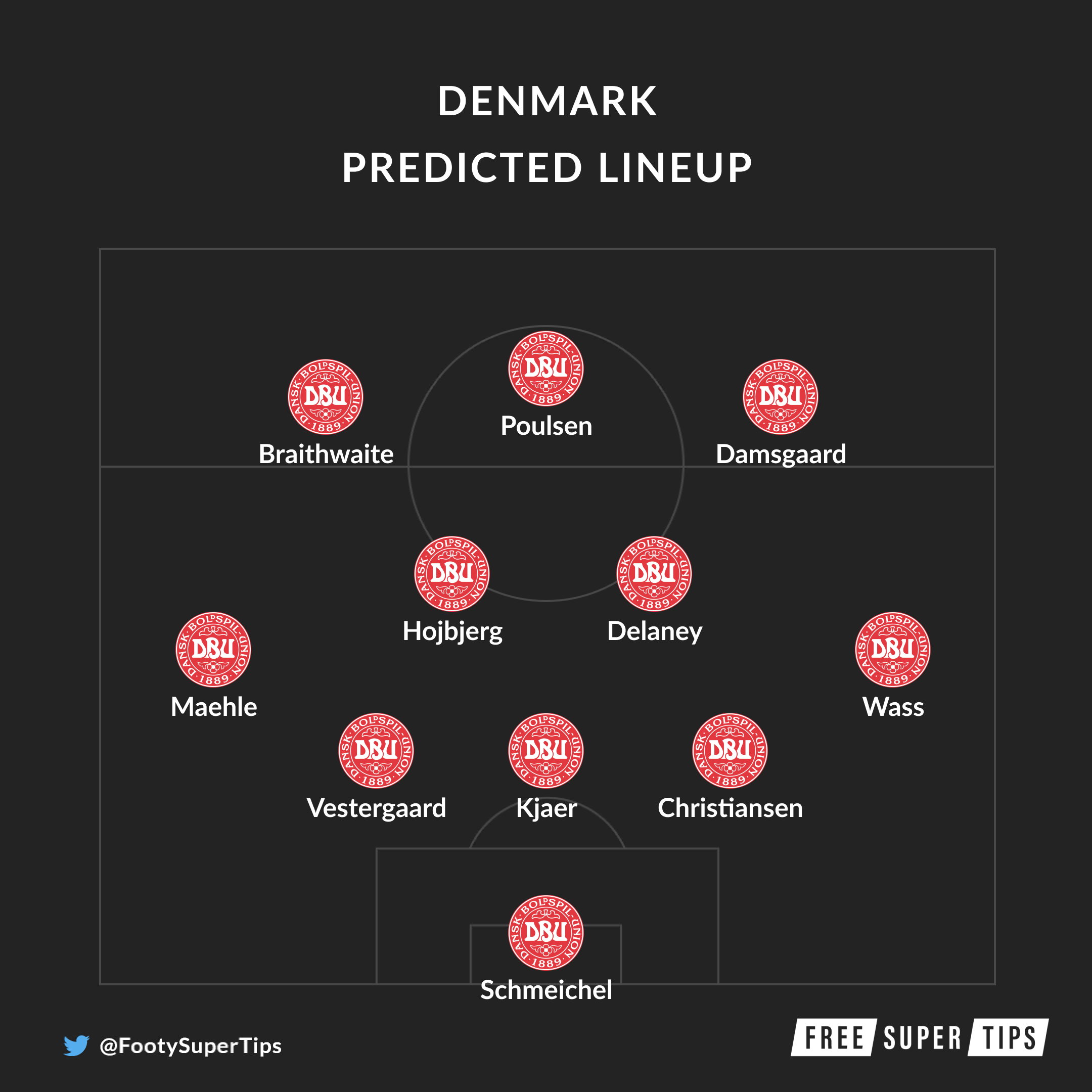