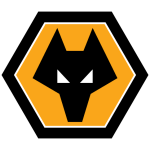 Reason For Wolves vs Brighton Predictions

Wolves’ season continues to go from strength to strength, with a fantastic 3-2 win away to Spurs last weekend leaving them just three points adrift of the Premier League top four and still putting in a strong performance in the Europa League.

In the Premier League alone, Nuno Espirito Santo’s side are now unbeaten in four matches and are well in the hunt to gatecrash the top four. That being said, they have been far from faultless this season and their proximity to the Champions League qualification spots is largely down to the underperformance of other teams.

Once again, Wolves have made themselves incredibly difficult to beat at Molineux. They have only lost to Chelsea, Spurs and Liverpool there in the league this season, although their rather leaky back line, which has kept just four home clean sheets, has resulted in a few more draws than they would have liked.

This defensive instability is something Brighton will want to take advantage of, and Graham Potter’s improvement to the attacking side of their game leaves them with a good chance of getting on the scoresheet.

The Seagulls have found the net in five of their last six league outings, and away from home they have scored in nine of their last 10, However, their defeat at home to Crystal Palace last weekend made it eight games without a win and leaves them just a point above the drop zone, so things aren’t looking promising for them right now.

It’s a similar story for Brighton away from home, where they have won just one of their last 13 trips away in the top flight and lost eight of them. Their scoring record makes backing Both Teams to Score look a good value offering, but in the end we’re expecting Wolves to continue their good form and get the win.

The visitors have conceded 1.78 goals per away game on average this season, and Wolves have scored at least two goals in six of their last 11 league matches at Molineux. We fancy Wolves to bag a couple of goals, and with Brighton only averaging 1.07 goals per away game we think a 2-1 correct score prediction is a good option.

Alex Wrigley March 5, 2020 alex.wrigley@freesupertips.co.uk @Wrig90
Content Manager at Free Super Tips, Alex was born in the shadow of Old Trafford and is an avid Man Utd fan. After graduating from university he combined his love of football, writing and betting to join FST and now closely follows goings-on in all of the top European leagues.