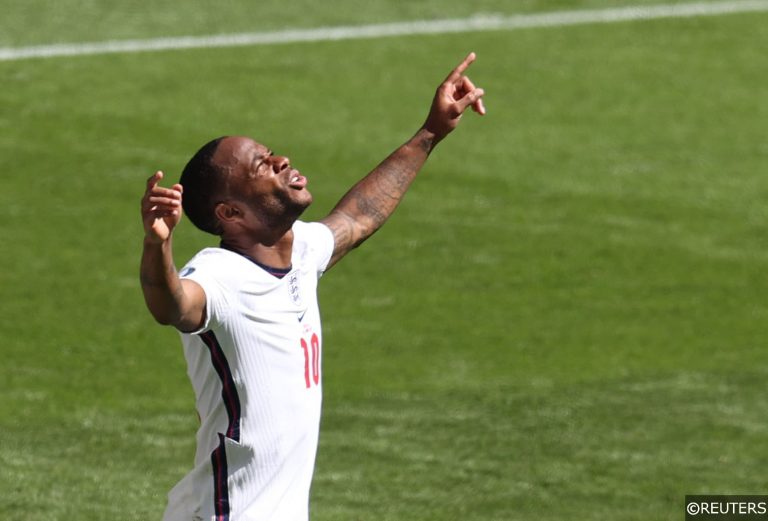 We’ve seen every side at Euro 2020 play, with no delay ahead of the second round of matches from the tournament. Wednesday sees the Group A sides returning to action, with pressure on the likes of Turkey, Wales and Switzerland to claim their first win.

Ahead of the next 12 games at the Euros, we’ve picked out a massive 2,358/1 accumulator across all of those matches following on from what we’ve seen over the first five days. You can see our 12-fold mega acca below, along with an individual tip for each game.

For more Euro 2020 match coverage, head over to our match predictions page.

Wales have scored at all but one of their European Championship matches and they will expect to create openings on Wednesday. Turkey faced eight shots on goal in their opener, but they also scored 14 times in their six games before the tournament.

Italy have won nine straight games without conceding and they’re expected to see off Switzerland in Rome. The Swiss have failed to win in their last eight meetings with Italy and the brilliant start by Roberto Mancini’s men makes them worth backing.

Belgium have won eight of their last 10 games and they’ll be aiming to extend that great form in Copenhagen. The Belgians looked great in their 3-0 win over Russia in St Petersburg so being away from home won’t put them at a disadvantage. With Denmark starting with a 1-0 loss to Finland Belgium should prove too strong in this encounter.

Austria have seen both teams score in five of their last six games following their win over North Macedonia. They meet a Netherlands side who played out a 3-2 thriller against Ukraine on Sunday and we expect more goals when the pair meet in Amsterdam, with the Dutch scoring twice in each of their last eight games.

Sweden’s 0-0 draw against Spain was a job well done for the World Cup quarter-finalists, but they will expect to step it up against Slovakia. While the Slovakians benefitted from a struggling Poland side, don’t expect Sweden to be as forgiving. With five wins in their last six matches, the Swedes should claim a victory.

Croatia looked short of ideas in their opener and their lack of cutting edge won’t do well against a Czech Republic side who impressed in their opener. The Czechs kicked off with a 2-0 win over Scotland and they can hold Croatia at bay, with Luca Modric and co. losing their last two games 1-0.

England kicked off with a business-like win and they are going to be too strong for a Scotland side who lost their opening match. The Three Lions have won their last seven matches and they’ve conceded in only one of those, so it’s hard to see Scotland making this into a contest.

France looked good going forward against Germany and they’ll thrive against a Hungary side who fell apart late on against Portugal. Given the talent that Didier Deschamps can call upon, expect the French to rack up the goals when they head to Budapest.

Portugal made a brilliant start to the tournament and they have scored seven times across their last two games. Portugal showed their impressive defensive structure in that win at Hungary and we don’t expect them to struggle in Munich in this clash. Germany’s display against France was uninspiring and we’re backing them to fall short in this one.

Poland fell apart in their opener and we don’t expect them to fare better here. They are now winless in four games and should fall to a Spanish side who are looking well tuned defensively and have home advantage. The Poles’ 2-1 loss to Slovakia was the first time they had seen over 2.5 goals at a European Championship game and judging by Spain’s solidity and issues up top this will likely be a return to business as usual for the visitors.

How important is home advantage at Euro 2020?