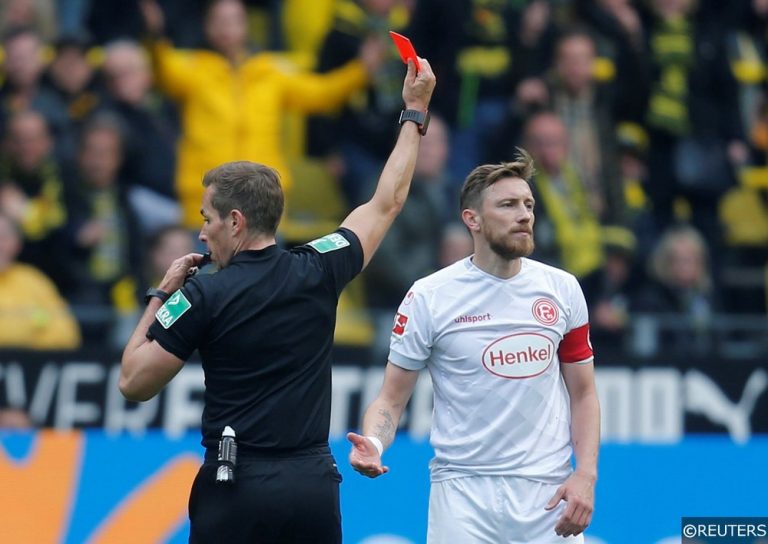 On Sunday, there are three instalments of German fußball to enjoy, with a trio of fascinating looking Bundesliga fixtures scheduled to be played back-to-back from 12:30pm.

In the day’s first offering, Schalke will be aiming to shake off last week’s derby disappointment at home to Augsburg, before Mainz host title outsiders RB Leipzig shortly after Die Königsblauen finish.

In Sunday’s last contest, Cologne will be out to exact some revenge at home to Fortuna Dusseldorf after they were toppled by the relegation candidates in the reverse meeting between the pair in November.

Ahead of the action, here are five players who we think could play a key role in deciding the outcome of Sunday’s games.

Having sharpened his skills as a youngster on the same academy pitches as Ilkay Gundogan, Mesut Ozil and Julian Draxler – it should come as no surprise that Suat Serder looks like following the same career path as his Schalke predecessors.

The 23-year-old is already among David Wagner’s most influential operators, notching seven goals in 18 Bundesliga starts this season for the much-improved Gelsenkirchen outfit.

Serdar, who has averaged 1.8 shots per game this season, carries a considerable goal threat from midfield – though his potency is generally greater in games at the VELTINS-Arena, where his average attempts figure climbs to 2.1 per 90 minutes.

The German international performed well in Schalke’s 3-2 win at Augsburg in November, and his ability to dominate in central areas will be key to his team’s success in Sunday’s rematch.

Serdar also makes an appearance in our Bundesliga midfielders to watch feature. Make sure to check out the article in full to see who else made the cut.

Anchorman Rani Khedira will play a vital role at the base of Augsburg’s midfield on Sunday, and the 26-year-old should have plenty of defensive work to get through in what looks a tricky tie for Die Fuggerstädter.

The 26-year-old has missed just one of Augsburg’s 26 Bundesliga fixtures so far in 2019/20, and Khedira – the younger brother of Germany star Sami – ranks near the top at his club for average tackles (2.1) and interceptions made (1.6) per Bundesliga game since August.

Khedira’s ball-winning remit means he is never far from the heart of the skirmish however, and the former RB-Leipzig man has been shown a yellow card seven times already this term – a total that makes him Augsburg’s joint most ill-disciplined player alongside the fiery Ruben Vargas.

RB Leipzig got off to a sluggish re-start last week at home to Freiburg, and with their Bundesliga title hopes hanging by a thread, they will need to get back into the winning groove at Mainz on Sunday.

When the teams met earlier in the season, Die Roten Bullen cut loose in phenomenal fashion, hitting their visitors for eight in what was the biggest margin of victory in the 2019/20 Bundesliga campaign so far.

While Timo Werner’s hattrick stole the headlines, the performance of French midfielder Christopher Nkunku was equally electric. The 22-year-old finished the game with a goal and two assists – in fact, Nkunku’s incredible vision and innovative passing has allowed him to create 12 Bundesliga goals in total for his teammates since August.

The increasingly influential Frenchman is Leipzig’s potential under the radar match-winner again on Sunday.

Expert marksman Timo Werner carries a superb individual scoring record against Mainz into his latest test against them on Sunday afternoon.

The 24-year-old notched a hattrick against Mainz in RB Leipzig’s 8-0 demolition of Die Nullfünfer last year, and Werner also set up three of his teammates for goals of their own.

That haul brought Werner’s career tally against Mainz up to double figures, and the striker will be out to do some more damage to increase his 10-goal collection against them on Sunday.

Having already scored two or more goals on eight separate occasions in 2018/19, Werner will be eyeing multiple strikes again this weekend.

Veteran pro Adam Bodzek has been a key component of Uwe Rösler’s midfield this season as the Dusseldorf coach tries to mastermind a way to keep Fortuna afloat.

34-year-old Bodzek has competed manfully in the Bundesliga’s midfield battleground this year, though his return of eight bookings from 17 starts points to a penchant for a mistimed challenge or two.

Bodzek was carded when Fortuna beat Cologne 2-0 earlier in the season and Dusseldforf will need their enforcer to make his presence felt again to achieve a similar result at the RheinEnergieSTADION on Sunday.