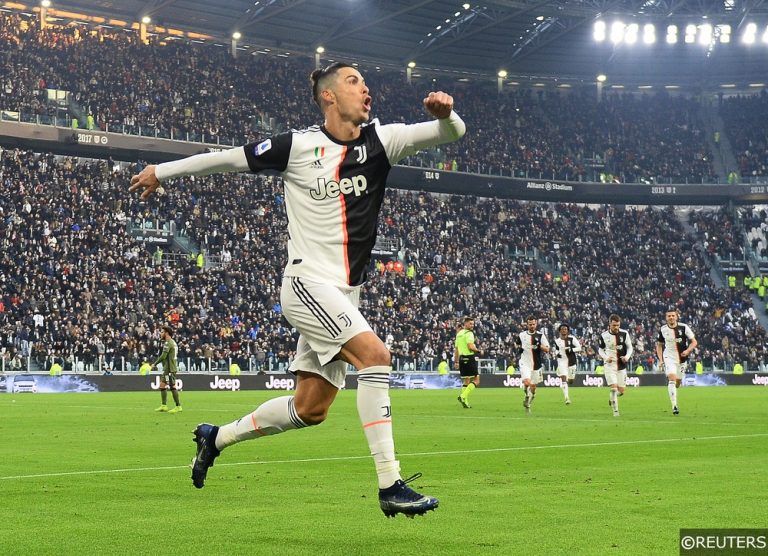 Italy has always been a welcoming place for strikers on the wrong side of 30. Forwards tend to have a longer shelf-life in Serie A, something which is bring proven this season by the latest gang of experienced finishers.

With Italian football set to resume this weekend, we’re looking at the players who can make the difference up top. It’s already been a record-breaking campaign for some in the chase to be crowned Capocannoniere. With more twists to come, here are five players who should find themselves back among the goals in the final 12 games of the season.

Don’t forget to check our Serie A predictions page for the latest tips and analysis from Italian football.

Immobile has been relentless for Lazio this season, setting a record for the fastest time to hit the 25-goal mark. He’s rarely considered to be among Europe’s top strikers, but it’s hard for any frontman in the world to match his Serie A form this season. The Italian forward has 27 strikes to his name this season, opening the scoring 12 times for his team.

Lazio sit just a point behind leaders Juventus, largely thanks to this record-breaking campaign from Immobile. Of course, the Italian forward is benefitting from a talented midfield behind him, which suggests he’ll be able to keep his impressive form going once the league is back up and running once again.

He’ll be desperate to return to action, as he’s just two goals short of his best-ever return in a league campaign. Having found the net in 18 of 25 starts so far, he’s going to be a threat for the rest of the run-in.

The Inter forward was targeted by both Juventus and his current club in the summer, but he chose to finally work with Antonio Conte. Lukaku was chased by the Italian at both Juventus and Chelsea, but he finally got his man at Inter. So far it has worked out well, with the Belgian forward hitting 17 goals in his first Serie A campaign.

With Lautaro Martinez linked with a move away, Lukaku is set to become even more important to Inter. He’s already their focal point in attack, but his goals tend to come in batches. The bulk of his goals have come from two runs, with hitting seven goals in six late last year and then seven in seven early in 2020.

There’s plenty of reason for optimism ahead of the restart. Not only did Lukaku score three goals in his first four games of the season, but he has a favourable run of games. Inter’s next seven games are identical to the opponents they faced in October and November last year when Lukaku scored seven goals in six starts.

We couldn’t drop the Portuguese from this list, especially as he’s within six strikes of the golden boot. It took him a while to adjust under Maurizio Sarri, but Ronaldo has had a fantastic 2020 so far. After scoring in his 11th consecutive Serie A game in February he equalled a Serie A record.

That run sees Ronaldo restart the season with 16 goals in his last 12 league games. If he continues at that pace, he’s a contender to finish as top scorer. However, he didn’t dazzle with Juventus in their two 0-0 draws in the Coppa Italia. When Luca Toni is able to criticise your movement, things aren’t going well. Ronaldo has come back to prove himself once this season and we think he’ll do the same again.

In a sport of big egos and ever-expanding entourages, there’s something incredibly refreshing about the man they call grandma. The 32-year-old Slovenian went under the radar for years, continuing to do so on the training field. His infamous tiredness on the training ground earned his brilliant nickname, but nonna Josip is rolling back the years this season.

Atalanta have Serie A’s strongest attack, with Ilicic an integral part. His four-goal haul against Valencia in their last game took him onto 21 goals for the season, while this is already his highest-scoring league campaign. As the man who has the most goal’s for Italy’s entertainers, Ilicic is the man to watch on a team who you can rely on for goals. With a fourth-place race to win, he and his teammates need to continue their high-scoring form.

Caputo will be aiming to pick up where he left off, after hitting a brace in the final game before Serie A was suspended. The forward hit 16 goals last season with Empoli as they battled relegation. While his club dropped to Serie B, Caputo was picked up by Sassuolo.

He is on course to match last season’s tally, with 13 goals in 22 starts this season. The 32-year-old is revelling in just his second full season in the top flight. With five goals in his last four league games, we expect Caputo to start strongly with his side pushing for Europe.