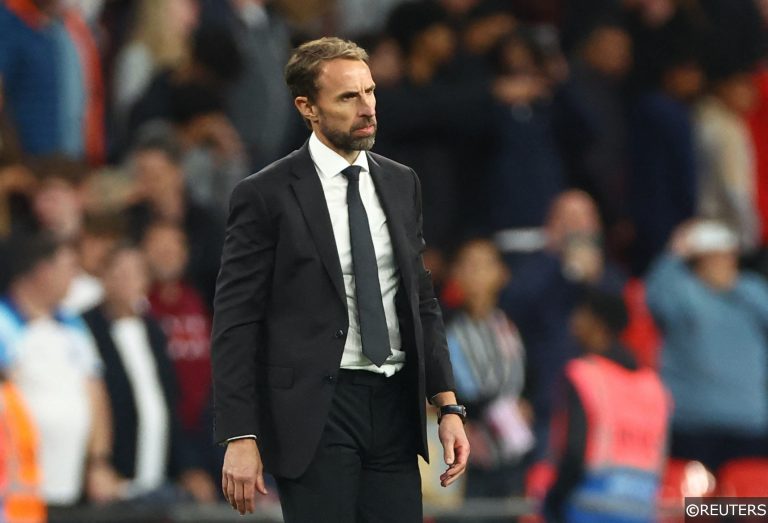 Gareth Southgate today announced his 26-man squad for the World Cup next week, whittling it down from a provisional 55-man release list that included some fresh faces and a few returning players from yesteryear.

While the Three Lions’ squad for Euro 2020 saw Southgate trying to decide between three of the best right-backs in the world, injuries have ravaged England’s strongest position over the last month or so, with the left-back slot also taking a hit with Ben Chilwell’s injury and a few more issues in midfield.

Let’s take a look at the England squad in full and analyse how it effects their chances in Qatar. 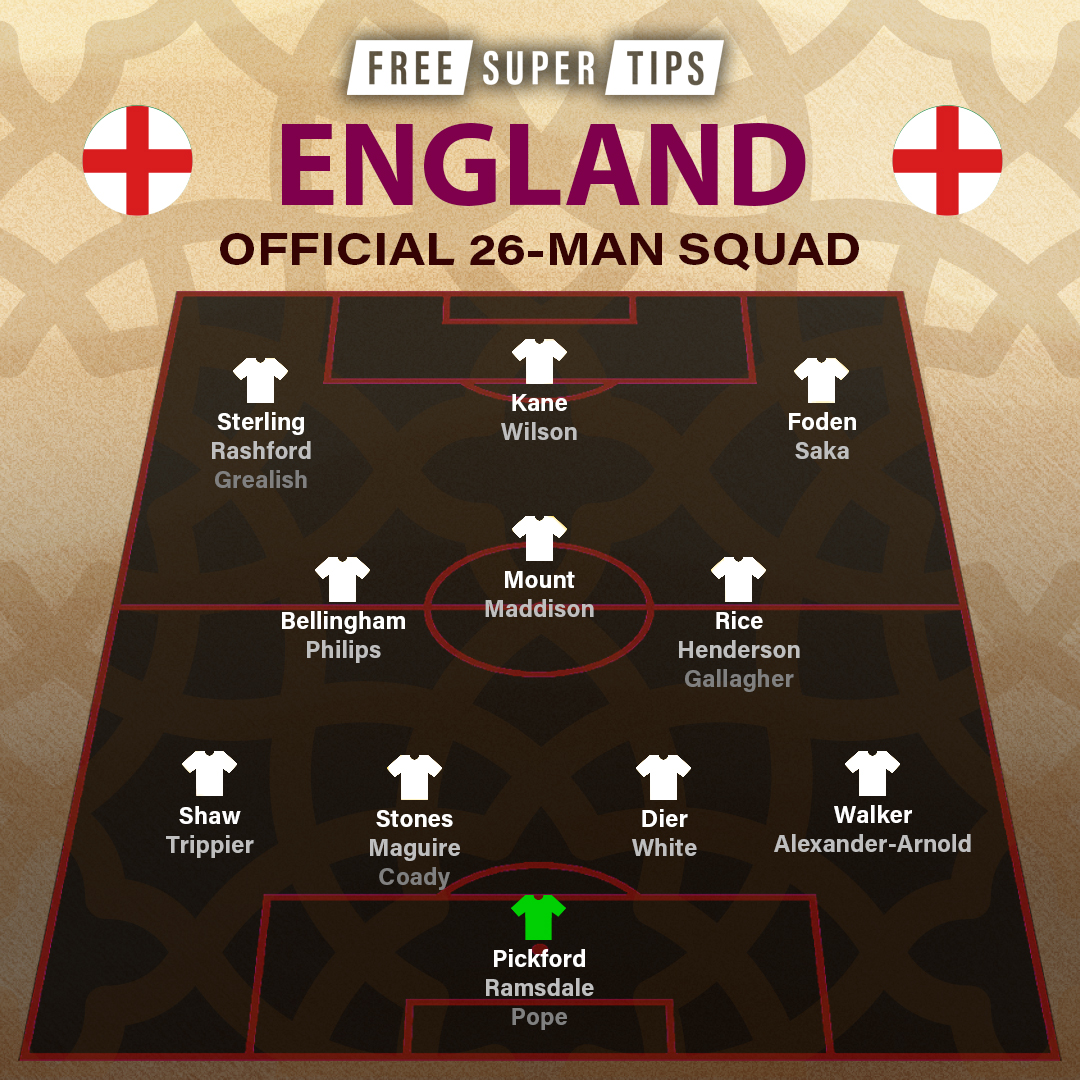 Any surprises from Southgate?

Nothing overly surprising from Gareth Southgate, with the main spine of the team looking similar to recent matches.

Ben White has been rewarded for some fine form this season and his versatility, which has seen him play right-back for Arsenal, could be useful this winter.

Kalvin Phillips and Conor Gallagher are the only surprises in midfield, with the former returning from injury in midweek and the latter offering a decent backup option.

Up front, Callum Wilson will only be required off the bench or if Harry Kane is injured, while James Maddison’s three-year exile from the England squad has finally been ended.

How will England set up against Iran?

While Southgate has used a 4-2-3-1 system at times, this England squad seems more suited to the 3-4-3 setup we saw them use against Germany and Italy in the last international break and that is how I expect them to set up against Iran.

England are blessed with some top quality goalkeepers and all have been in decent form this season, but Jordan Pickford is the trusted one between the sticks.

Harry Maguire may be out of form and favour with his club, Southgate has shown no signs of dropping him and he is likely to play alongside John Stones in a back three. The final spot in that back three depends on the fitness of Kyle Walker, with the Manchester City full-back favoured on the right side of the trio but, if he is injured, Eric Dier could slot into the centre and push Stones to the right.

The two wing-back positions have been the most talked about in the past but injuries to Reece James and Ben Chilwell limit Southgate’s options significantly. Trent Alexander-Arnold isn’t have the best of seasons and he has never been favoured by the England boss, so Kieran Trippier is likely to start on the right with Luke Shaw on the left.

The middle of the park is a much easier pick. Jude Bellingham will be one of the first names on the teamsheet after his performance against Germany and his excellent club form, while his preferred partner in the centre is Declan Rice.

World Cup 2018 Golden Boot winner and England captain Harry Kane will spearhead a three-man attack and Raheem Sterling has always delivered the goods for his country so is likely to feature on the left. The right side of attack is a bit more up for grabs, but I expect Phil Foden to see off competition from Bukayo Saka, Jack Grealish and Mason Mount. 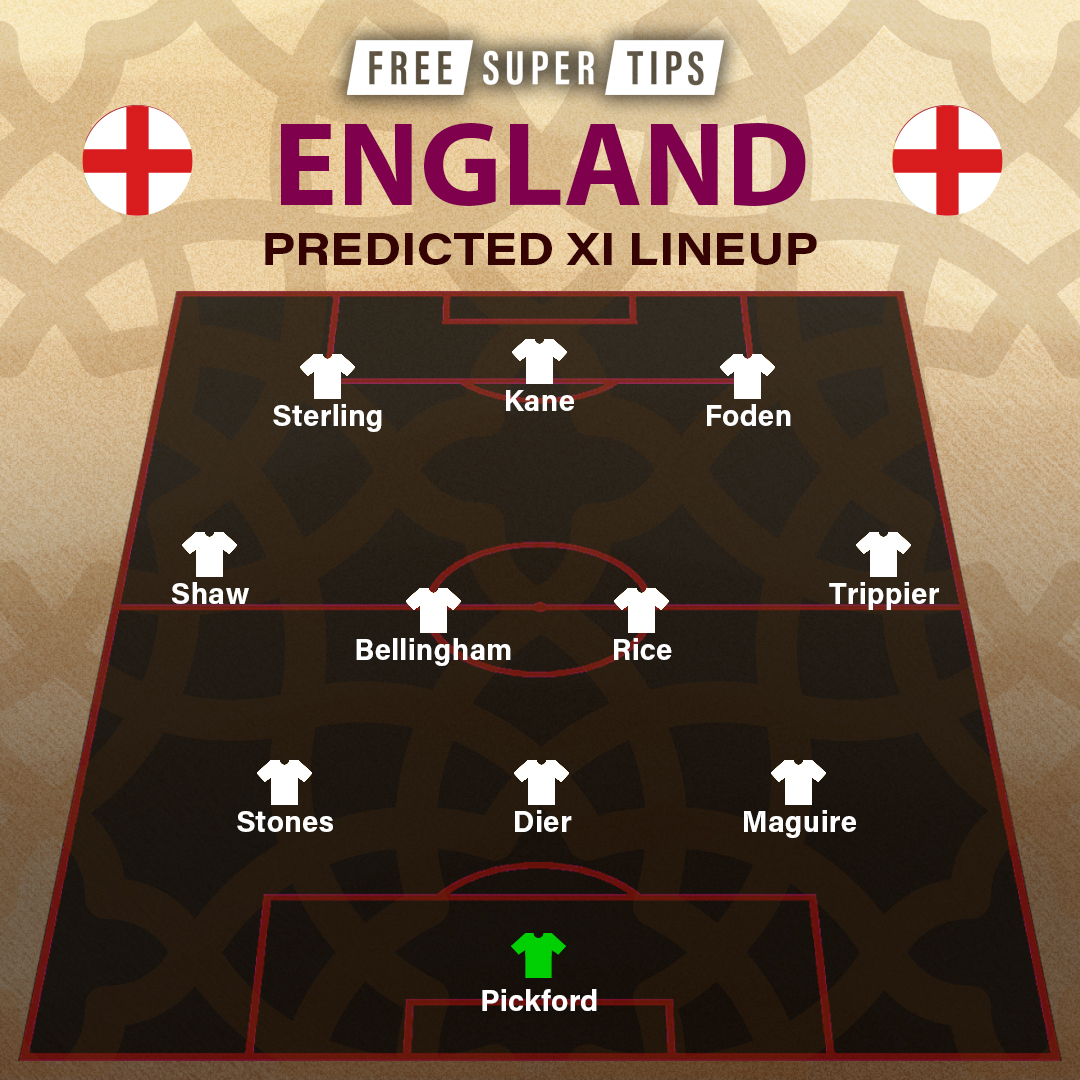