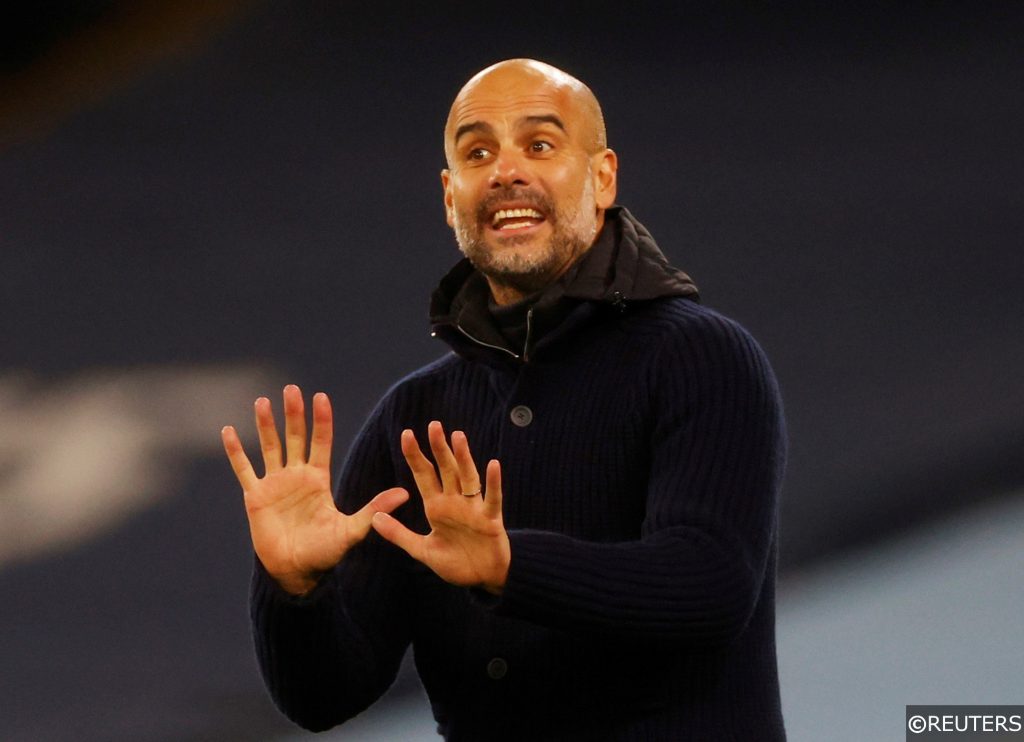 After a frantic midweek round of action across a number of Europe’s top leagues we head into the weekend breathless, but there’s plenty more to sink our teeth in come Saturday.

We have a full complement of fixtures from the Premier League, EFL and the other four top European leagues this weekend, and you can find detailed analysis for these games over on our Match Predictions page.

Here at FST we’re blessed with a range of fantastic tipsters, and the results speak for themselves. We landed a huge 119/1 mega accumulator on Sunday and that was far from the only winner of the week. We also hit a 23/1 winner on Saturday (as well as landing five of our seven Bet of the Days) and landed yet another BTTS acca on Tuesday!

Our Experts Best Bets for Wednesday saw four of our six selections land, so here’s hoping for a clean sweep this week!

But we’re far from the only tipsters on the internet, and we’ve teamed up with a trio of high-profile football experts to bring you the top bets for Saturday’s action.

Brentford vs Reading – Both teams to score

Early season pace-setters Reading have slipped down the table in recent weeks, but that’s more to do with issues in defence rather than attack. The Royals have scored in 16 of their 19 Championship games, no side in the division has a more consistent record.

Reading come here having notched in 13 of their last 14 Championship trips, while they meet a clinical Brentford side who have scored in 12 on the bounce. The Bees have been fired on by Ivan Toney, who has scored in six of his last seven Brentford appearances. Both teams should continue their good scoring form in this clash.

Everton vs Arsenal – Everton to win

Successive victories to nil over high flying pair Chelsea and Leicester would have returned much of Everton’s early-season confidence, and with momentum renewed, the Toffees should prove too strong for an Arsenal team in disarray.

The Gunners – who have recorded just one win from their last nine Premier League assignments – failed to score on each of their last two trips to Goodison Park, and with dynamic duo Dominic Calvert-Lewin and Richarlison looking razor sharp, another Blue day on Merseyside looks possible.

Nice vs Lyon – Lyon to win

Nice finally ended their eight match winless streak in midweek against 19th placed Nimes, but it’s likely to be a very different story when they face a Lyon side in fine form right now.

Nice have lost seven of their last nine games in all competitions and each of their last five at home, while Lyon are unbeaten in 12 Ligue 1 games heading into this match. The visitors did falter in midweek but their last trip away resulted in a stunning victory at PSG last weekend to make it three road wins on the bounce. A fourth looks likely against such a dreadfully out of shape Nice side.

Swindon vs Charlton – Charlton to win

Swindon have lost 11 of their last 15 matches in League One and that includes four straight defeats as the club struggles following last season’s promotion.

Many of the stars have left, including the manager Richie Wellens and top scorer Eoin Doyle, and Charlton should be confident following five away wins this season.

That includes trips to Portsmouth and Charlton and they will also be boosted by the fact their midweek game with Bristol Rovers was postponed so the Addicks should be fresh.

Newport vs Oldham – Newport to win

Newport’s superb home form has propelled them to title favouritism in League Two and they can claim an eighth win in nine league games at Rodney Parade.

Oldham are on the up under Harry Kewell but they have not kept a clean sheet in any of this season’s 18 league matches and that spells trouble for their trip to Newport.

The Exiles have won eight of their nine games against bottom-half teams such as Oldham, conceding only four goals, and should prove too strong for their visitors.

This looks a really tricky game for Manchester City and I wouldn’t be surprised if Southampton won so they look good value with the draw also on your side if you take the double-chance approach.

Nobody wants to play Southampton at the moment with Saints flying as they ride the crest of a wave and there is nothing for them to lose in this game.

City are pass, pass, pass at the moment but they are lacking penetration in the final third and I always feel Sergio Aguero needs a good few games before he reaches his peak fitness.

Which experts are you backing?