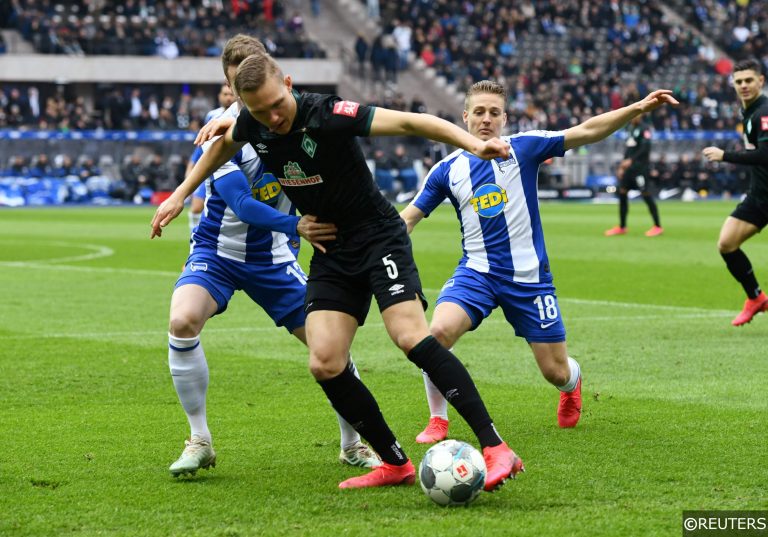 The Bundesliga has been given the green light to resume after a lengthy coronavirus-induced shutdown, and Germany’s top-flight will make a welcome return to pitches and screens this weekend.

With over a quarter of the season left to contest, there is plenty to play for in the 2019/20 campaign, and the battle for points and places between now and the end of the season promises to be equal parts thrilling and tense.

Ahead of the action, we’ve put together a two-part Bundesliga team by team guide to give you some quick-fire information detailing what you should expect from each of the competing clubs from here on in.

In part two, we’re taking a look at the division’s current bottom nine clubs. Check it out below.

You can read part one of our Bundesliga guide focusing on the league’s top nine teams here.

Key Player: Christopher Trimmel – Arguably the best performing right-back in the entire Bundesliga this season, the 33-year-old Austrian has provided seven assists from his defensive berth for Union in 2019/20.

Key Player: Filip Kostic – The Serbian has four goals and eight assists to his name this season and has consistently been Frankfurt’s most potent creative force from the left.

Key Player: Dedryck Boyata – the former Man City youngster has been Hertha’s best defender in 2019/20. The Belgian has also had an impact in the final third, netting three times and assisting once in 20 Bundesliga matches.

Key Player: Florian Niederlechner – with six assists and 11 goals, the 29-year-old has been a prolific attacking force for Augsburg this season.

Key Player: Jean-Philippe Mateta – Mainz leading marksman in 2018/19, French striker Mateta missed the first half of the current campaign through injury. The 22-year-old is highly-regarded and could prove an important figure between now and the end of the season.

Key Player: Erik Thommy – The on-loan Stuttgart midfielder has been deployed in numerous positions this season and has performed well almost every time.

Key Player: Milot Rashica – A bright park in an otherwise miserable season, the Kosovan wide-attacker looks destined for bigger things whether Werder beat the drop or not.

Key Player: Sebastian Schonlau – the 25-year-old centre-back has performed admirably in very difficult circumstances this season and could earn a summer move on the back of his displays.