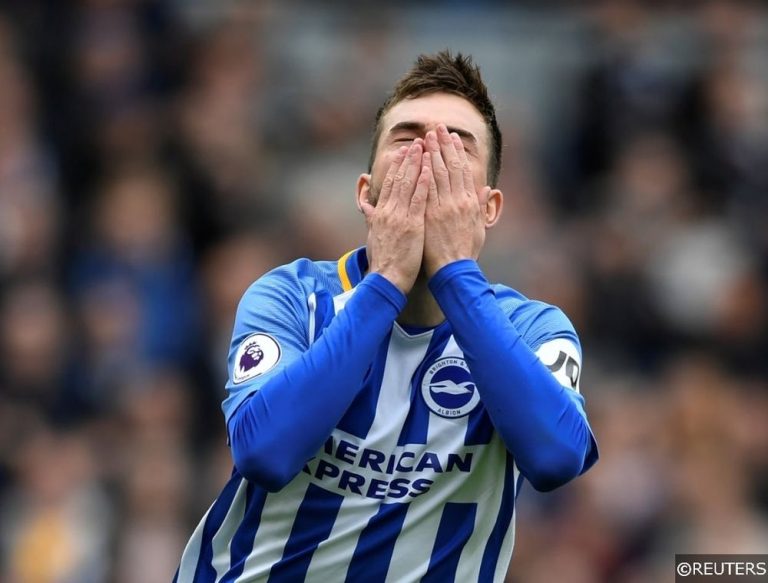 It’s almost time for another international break, unfortunately, but before that torment we still have another week of high octane, Premier League action to enjoy. Gameweek 6 threw up a few surprising results as West Ham deservedly beat Manchester United and a last gasp wonder strike from Daniel Sturridge earned Liverpool a point at Stamford Bridge.

Gameweek 8’s Premier League action kicks off on Friday as we head to the Amex Stadium, before a rather low-key Saturday is followed by a Super Sunday fixture list oozing with potential. The marquee fixture, of course, is that Sunday afternoon clash at Anfield as the two main title challengers come together.

As always, we’ve delved into both the cards and corners stats for this weekend’s Premier League games to bring you the best of the best from these untapped markets.

What better way to start the weekend than with Friday night Premier League football? West Ham’s excellent turnaround in form may have seen their points tally increase, but their corner stats are still looking very low indeed. The Hammers have won just 23 corners in the Premier League this season, averaging 3.28 per game. Just eight of these have come away from home, and while Brighton have conceded 40 corners this season it’s important to note that 30 of those came in their four matches against top six sides. Their only home match against a fellow bottom 14 club saw them concede just one corner.

Additionally, The Hammers have won five or more corners in just one of their league outings this season, and this is nothing new for them. Last term they averaged 3.69 corners per game when away to the bottom 14, so we’re backing West Ham Under 4.5 Team Corners at 5/6 here.

West Ham make up the numbers in the cards department though. They are by far the least disciplined side in the Premier League, racking up a huge 25 cards in seven games this season and continuing on from last season, where they held the joint worst disciplinary record in the league. They have been shown two or more cards in six of their seven league games this season, and Brighton’s three matches against bottom 14 opposition have seen their opponents carded 2.33 times on average. Odds of 10/11 for West Ham Over 1.5 Team Cards looks very attractive in this situation.

Not the most glamorous of fixtures to kick off our Saturday afternoon action, but there’s plenty of value to be had in the betting markets. Specifically, we’re looking at the corner stats of both sides, or rather the lack of them. Burnley and Huddersfield have averaged 3.28 and 3.57 corners per game respectively this season, which accounts for two of the three lowest averages in the league. Huddersfield’s seven Premier League outings have seen just 8.14 corners per game on average, and only two of them have seen the corner count head into double figures. The Clarets three home matches this season have averaged 8.33 corners per game, so odds of 11/10 for Under 10 Corners looks a great bet.

Read our full match preview for Burnley vs Huddersfield here.

Wolves hope to continue their fantastic return to the top flight on Saturday, and one thing they can usually rely on is putting their opponents on thin ice. Their opposition have been carded at least twice in five of their seven games since their promotion, which includes four of their five matches against bottom 14 clubs. In fact, Wolves have seen a card brandished in their opponents direction 15 times this season, and they’re facing a Crystal Palace side who averaged 2 cards per game at Selhurst Park last season. This was the 3rd highest total in the league at home, and this season they have picked up two or more cards on five occasions. For this reason, we’re backing Crystal Palace Over 1.5 Team Cards at 8/11.

Leicster and Everton could be two of the teams vying for Europa League qualification at the end of the season, but they’re not likely to be sitting top of the Premier League corner table. Just three of Everton’s seven Premier League games this season have surpassed eight corners, and while four of Leicester’s have done their three home games have only averaged 7.3 corners per game.  Admittedly, Everton’s away games have averaged 10.33 corners per game, but 14 of this tally came in a trip to Arsenal in which they conceded nine corners. Against the bottom 14 away from home, that average dips to just 8.5 corners per game. All of this makes Under 9 Corners at 7/4 look a great price.

Read our full match preview for Leicester vs Everton here

Tottenham come into this game having seen the fewest amount of corners in the Premier League, with their 54 strong corner tally averaging just 7.7 per game. Cardiff’s total corner count is significantly higher, but their only trip away to a top six side saw a relatively low nine corners won. With Tottenham only seeing the 11 or more corners in two of their league games this season, and with their only home game against a bottom 14 club ending with just seven corners, we’re backing Under 11 Corners at 11/10.

The corner count isn’t the only stat we’re expecting to remain low. Cardiff and Neil Warnock may be viewed as a rather primitive outfit, but they’re surprisingly well disciplined. They have only picked up multiple cards in two of their seven league outings, and neither of these occurred in their three away matches. The Bluebirds have averaged a modest 1.28 cards per game this season, and with neither of Spurs’ home matches seeing their opponents pick up more than one card we like the look of Cardiff Under 1.5 Team Cards at 6/5.

Read our full match preview for Tottenham vs Cardiff here

Jonathon Moss will head to Vicarage Road on Saturday, and we’re expecting him to be a very busy man indeed. He’s used to it, to be fair, handing out 3.69 cards per game last season and ending with the second highest average of all Premier League referees. On Saturday he will take charge of a Watford side who have been carded ten times in their four home games this season, and who have picked up two or more cards in all but one of their league matches. This includes all of their home games, and they’re facing a Bournemouth side who have seen their opposition cautioned a league high 23 times this season.

This includes ten opposition cards in three away games, and all but one of their seven total Premier League outings have seen the opposition carded at least twice. This makes Watford Over 1.5 Team Cards at 4/7 look surprisingly good value. It shouldn’t be overly difficult to predict which names will end in the referees book either. Etienne Capoue, for instance, has already been booked four times this season, and every one of those came at Vicarage Road. The Cherries have seen the oppositions’ holding midfielder booked four times this season, including in each of their away matches (Noble for West Ham, Kante for Chelsea, Westwood for Burnley), so we really like the look of Capoue to get booked at 10/3.

Read our full match preview for Watford vs Bournemouth here

Saturday evening takes us to Old Trafford as both Manchester United and Newcastle look to spark some life back into their waning seasons. Once again, it’s not likely to see many players trotting over to the corner flag. Just two of Manchester United’s league games this season have seen the corners stat head into double figures, and while Newcastle have seen that happen four times only one of those has come in their four meetings with the top six. Additionally, Newcastle’s only away game against a top six side saw a grand total of just four corners at The Etihad, a match where they failed to win a single corner. With Manchester United’s three home outings this term averaging 7.67 corners per game, we’re backing Under 10 Total Corners at 6/4.

The Magpies might be suffering from disappointment after disappointment, but they’re doing a good job of not letting that have a negative impact on their temper. There have been a Premier League low 15 cards in Newcastle’s seven Premier League outings so far, and they have only been carded more than once in three of these matches. Meanwhile, The Red Devils’ opposition have only been carded twice or more on three occasions this season, so odds of 5/4 for Newcastle Under 1.5 Team Cards looks excellent. 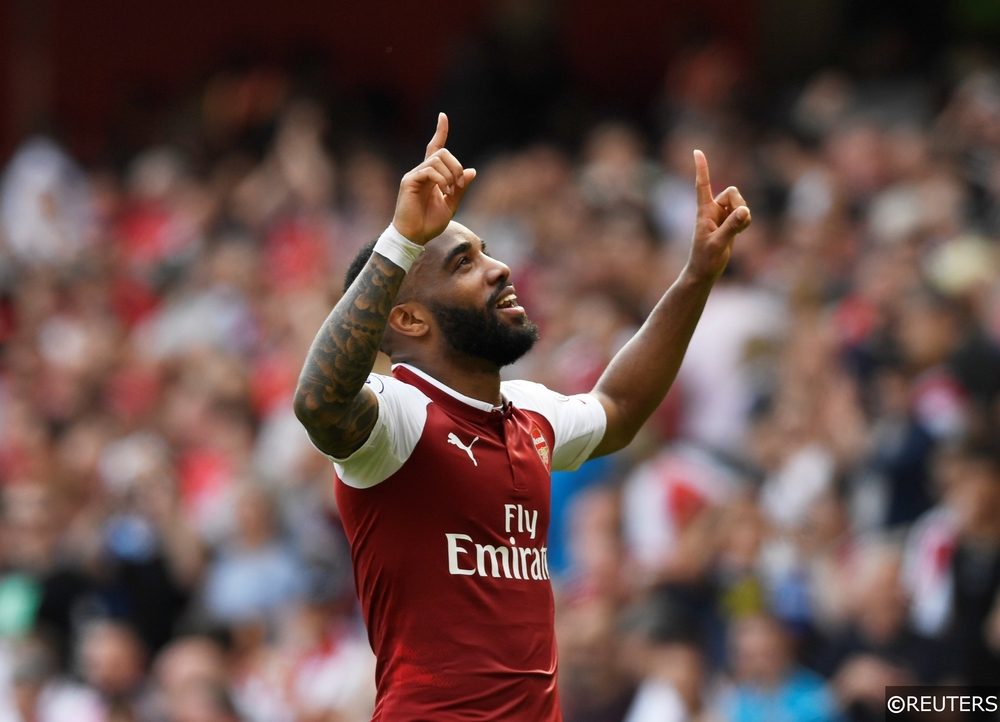 Sunday’s Premier League opener sees Arsenal attempt to extend their winning streak against the struggling Fulham, and for once we’re expecting a deluge of corners. Both Fulham and Arsenal have seen an average of 11.14 corners per game so far, and five of Arsenal’s seven outings have seen 11 or more corners awarded. Only three of Fulham’s have, but all three of their home games have reached double figures in the corners column, so we like the look of Over 10 Corners at 11/10 here.

Maurizio Sarri’s possession based approach to the beautiful game seems to be having some welcome side effects on their disciplinary record. The Blues have picked up a measly five cards this season, which is the joint lowest record in the Premier League. They have averaged one card per game away from home, and have only picked up two or more bookings on one occasion this season. With Southampton’s opposition being carded twice or more in just two of their league games, a Chelsea Under 1.5 Team Cards bet at 4/6 looks a very solid backing.

There’s not much in the way of value in the corners and cards market for this hotly anticipated fixture, but digging through the rough does occasionally unearth a diamond. In this case, it’s a diamond in the shape of a Brazilian holding midfielder named Fernandinho. The 33-year-old spends his time prowling around the entirety of the midfield, and his attempts to win the ball back often cross the line into unfairness.

Unsurprisingly, his disciplinary record doesn’t improve in the big games when tempers can flare. He has been booked in four of his eight Premier League games against top six opposition since the beginning of last season, a run which includes a yellow card in both matches against Liverpool. Martin Atkinson isn’t one to take a lenient approach either, dishing out 3.64 bookings per game last season to give him the 3rd highest average of all the Premier League referees. The Citizens averaged 2.4 cards per game away to the top six last season, so backing Fernandinho to be one of those to go into the book at 2/1 looks a great choice.