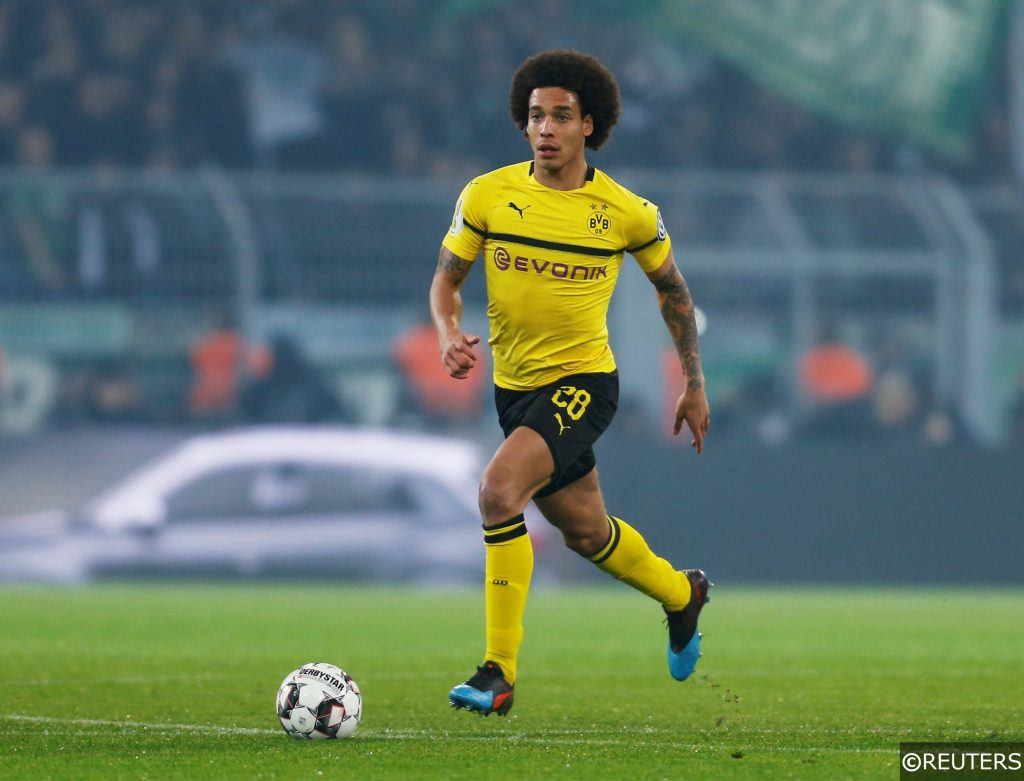 Fußball is back! The Bundesliga has been given the green light to resume this weekend after a two-month hiatus, whipping supporters everywhere into a football-frenzy.

While the German top-tier is routinely among Europe’s most exciting domestic divisions, the Bundesliga also ranks among the most popular competitions among bookmakers and bettors.

With live, elite club football on the cusp of a return, there is certainly plenty to get excited about for fans and punters alike – and with that in mind, we’ve compiled a list of our favourite Bundesliga OddsOnThat (#OOT) selections from the weekend’s fixtures on Betfair.

All of the players preparing to contest Saturday’s five 2:30pm kick-offs will be champing at the bit ahead of their return from the lengthy break.

With adrenaline and energy to burn through, tackles are expected to fly from the first whistle, and referees will likely have work to do to keep a lid on the rampant overenthusiasm. We think that could lead to more cards being brandished than usual.

In terms of statistics, the numbers for each of Saturday’s five 2:30pm fixtures already look promising.

RB Leipzig, who have picked up 1.48 yellow cards on average per game this season take on Freiburg, who have averaged 1.36. Hoffenheim, with a 1.88 yellow cards per 90 minutes average host Hertha (2.12). Fortuna Dusseldorf put their 2.48 yellow card average up against Paderborn’s 2.4, while Augsburg (1.92) and Wolfsburg (1.72) both carry healthy yellow cards averages into their tussle.

With an average of 3.25 goals scored per game, the Bundesliga is never short on penalty area drama, and Saturday’s 2:30pm kick offs look particularly bountiful this week.

Two of the league’s top three scoring teams (Dortmund and RB Leipzig) have home games that they will expect to win this weekend, while Augsburg, who are averaging two goals per game at the Commerzbank-Arena this term, will hope to maintain their high standards when Die Fuggerstädter take on Wolfsburg.

Elsewhere, Hoffenheim and Fortuna Dusseldorf host Hertha and Paderborn – teams that have kept just two clean sheets each on the road in double figure away assignments so far this season.

Timo Werner and Jadon Sancho are arguably the two hottest properties in the Bundesliga right now, and both up and comers have been tipped to leave Germany for England’s Premier League this summer in major money-spinning moves.

Werner and Sancho have been tearing Bundesliga defences to shreds this term for RB Leipzig and Borussia Dortmund, hitting 21 and 14 goals respectively during sparkling individual campaigns.

The budding potential world-beaters will be itching to pick up where they left off before the break, and we think early goals for both this weekend are possible.

Both Dortmund and Die Roten Bullen have been among the Bundesliga’s most prolific teams in the early parts of their game’s this season, netting eight times each inside the first 15 minutes of their fixtures since last year.

Dortmund play Schalke in the Riveriderby, while RB Leipzig entertain Freiburg on Saturday and both members of the title chasing duo will be keen to get off to the quickest possible start. That should in turn open up early opportunities for Sancho and Werner to register.

Ok….this is a big one, though we don’t consider this to be overly far-fetched, especially for the prices quoted.

In terms of goals, every team in the Bundesliga has players at their disposal with the requisite quality to cause problems – in fact, the 10 clubs contesting Saturday’s 2:30pm kick offs have scored in 76.8% of the 249 league matches they have contested collectively this season.

The team’s corners figures also make for positive reading. Check out the figures from the same club’s 2019/20 Bundesliga fixtures in the table below. 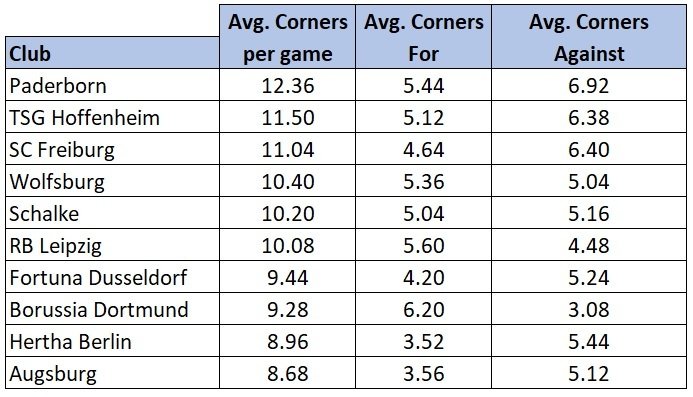 Completing the trio of predictions is the cards selection, which we have already detailed the relevant information and date to support in the first section. When you break it down, this tasty looking 375/1 pick doesn’t look as complicated as it seems.