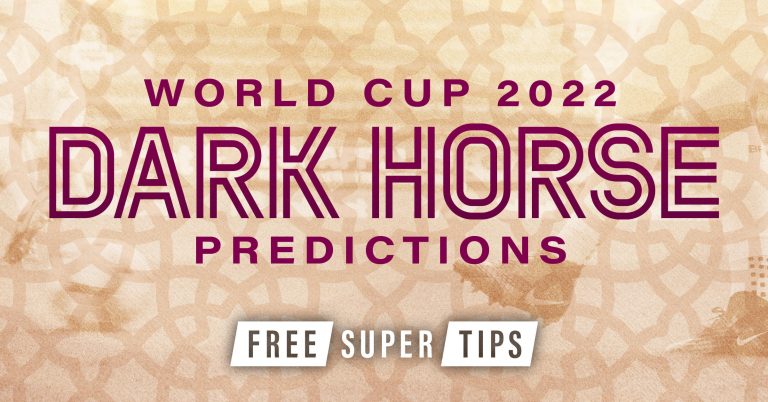 The Qatar World Cup 2022 promises to be a tournament like none other, we still don’t know how the switch to November and December will impact things.

Could this be the year that an outsider takes the title? Major European nations have won every edition since Brazil’s 2002 victory, but there are a couple of dark horses who could outperform expectations.

For more tournament tips, head over to FST’s Qatar World Cup 2022 predictions page to see our team guides and analysis for every team.

Brazil and Argentina breezed through South American qualifying but Uruguay finished behind them after a late rally. They struggled with four defeats in late 2021, but their record in 2022 has been fantastic.

Uruguay won their final four qualifiers to secure third place in qualifying, while they remained unbeaten through three more friendlies ahead of the tournament. They received another boost with their draw, as group opponents Portugal are a favourable top seed to go up against.

Uruguay have quietly assembled a talented squad which can threaten in Qatar. Edinson Cavani and Luis Suarez remain their attacking threats, but Darwin Nunez is pressing his case to feature more after following in Suarez’s footsteps by heading to Liverpool.

Diego Godin, Jose Gimenez and Mathias Olivera are great options in defence, with Rodrigo Bentancur and Federico Valverde there to guard the backline.

With form, a favourable draw and a talented squad Uruguay look to be underrated at 50/1.

The African champions look like a threat in this competition, having faced a battle just to make it to Qatar. They had to see off Egypt over two legs to secure their place at the World Cup, after seeing them off in the AFCON final last year.

Senegal have an impressive defence, with Chelsea pair Edouard Mendy and Kalidou Koulibaly at the heart of it. They conceded only two goals through seven games on their way to being crowned African champions last year.

Sadio Mane picked up an injury for Bayern Munich this week but Bayern’s assistant coach played down the severity of it. If he recovers in time Senegal go from a solid side to a real threat. Mane is the best player in this group and he’s among the best at the tournament. With 34 goals in 92 games, the Bayern Munich forward is Senegal’s top scorer, while he’s partnered up front by Ismaila Sarr, a player too talented for the Championship.

Senegal may not have world-class players in every position, but they’ve got stars where it counts alongside a solid structure and winning experience. If things fall right, they could make a deep run this year. At 80/1, they’re certainly being underestimated by the bookies.

To squeeze every drop of value out of today’s Football Predictions including our World Cup 2022 Betting Tips we highly recommend you take a look at our Free Bets hub, where you can compare all the best free bets and special offers from the best sportsbooks around.