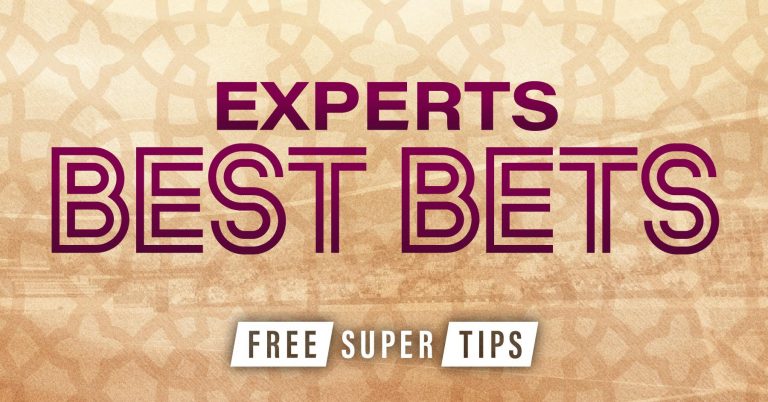 The World Cup gets underway later this week and with club football out of the picture all eyes are turning to the opening game between Qatar and Ecuador.

Of course, we’ve already been counting down to the start of the World Cup, running through our outright winner predictions, golden boot contenders, England squad opinions and potential 2022 record-breakers.

For today’s World Cup lookahead we’ve called in a bit of help. We’ve had a panel of experts give us their favourite outright bet for the tournament, which you can see below!

Portugal to produce another shock

At double figures, I think Portugal are a cracking price to lift the trophy. It’s going to be a World Cup like no other in the middle of the European domestic season and that makes for unpredictability, so punters should be looking at outsiders in the outright market.

Fernando Santos led Portugal to glory at Euro 2016, when they had a far worse squad than they have now.

Heading to Qatar, they can call on the likes of Ruben Dias and Joao Cancelo at the back, Ruben Neves, Bernardo Silva and Bruno Fernandes in midfield and the likes of Diogo Jota, Joao Felix and Rafael Leao in attack.

And of course, they will be spearheaded by Cristiano Ronaldo, who could be a man on a mission in Qatar, where he will want to make amends for his poor club form and give himself the best chance of success in his final ever World Cup.

South American sides have won nine of the 21 World Cups and I will be backing them to reach double figures at 6/4.

Argentina, fresh from ending their trophy drought last year, are unbeaten in over three years and have won 11 of their 14 games since that Copa America triumph. Beaten finalists last year, Brazil, are the most successful side in World Cup history and have won 12 of their 15 games since that final. Uruguay are not to be ignored, either. They have won seven from nine in 2022 and have a squad brimming with talent, including Jose Gimenez, Rodrigo Bentancur, Federico Valverde, Luis Suarez, Edinson Cavani and Darwin Nunez.

Brazil are the favourites to win the competition outright so I feel there is plenty of value in backing one of the Selecao’s star forwards to at least give me a run for my money in the top goalscorer betting.

With Harry Kane, Kylian Mbappe and Lionel Messi heading the market and Neymar being the top Brazilian in the betting, Richarlison is going a little under the radar at around 33/1. The Spurs ace has scored seven goals in six games, only four of which were starts, for Brazil in 2022 and may well be the tip of the spear for the five-time champions in Qatar.

Denmark to win Group D looks the pick of the group-stage value as they beat favourites France at home and away during an impressive 2022-23 Nations League campaign.

The Danes have made terrific progress since Kasper Hjulmand’s appointment in July 2020, showing their character and quality to reach the semi-finals of Euro 2020.

They should be too classy for section outsiders Australia and Tunisia and world champions France, eliminated at the last-16 stage of the Euros, are well worth opposing to top the group.

There is an odds-on shot in every group at the World Cup in Qatar but some hold stronger claims than others and Belgium and France are two favourites that are worth taking on.

Denmark can capitalise on France in Group D and look a good bet to top the section while the same can be said for Croatia, who are a 5/2 chance, against Belgium in Group F.

France were an early casualty at Euro 2020, losing to Switzerland in the round of 16, which has left manager Didier Deschamps with plenty to prove.

With Paul Pogba and N’Golo Kante sidelined through injury, Les Bleus look light in midfield and they did lose twice to Euro 2020 semi-finalists Denmark in this year’s Nations League.

Croatia won that Nations League group against Denmark and France and could upstage Belgium, who look reliant on Kevin De Bruyne for their inspiration as Romelu Lukaku is lacking match sharpness while Eden Hazard doesn’t appear to be anywhere near the player he once was.

Iran appear to have been too easily dismissed in Group B and they look decent value to make it through to the knockout stages for the first time at the seventh attempt.

They have been classed as rags in the section but there doesn’t seem to be that much to choose between them, the USA and Wales, particularly as the trio are separated by just four places in the Fifa rankings.

Carlos Queiroz’s side are 20th in the world list and topped an Asian qualifying section that included South Korea and they conceded just four goals in ten games, so they should be difficult to break down.

Add the desert environment into the mix and there is a decent chance that they will punch above their weight.

The Netherlands are one of the form teams going into the tournament as they remain unbeaten in 2022 with six wins and two draws from eight games.  The Dutch have also been in good scoring form, and they have been handed what is arguably a favourable draw in the group stages so the 10/1 on them to be the tournament’s top-scoring team looks a reasonable option to me.

The Dutch have hit four goals in games against both Belgium and Denmark during this calendar year and with Qatar, Senegal and Ecuador as their Group A opponents they may be able to hit the ground running with a few high-scoring wins, while forwards Steven Bergwijn, Memphis Depay and Cody Gakpo are all looking sharp heading to Qatar.

As a 28/1 shot to win the golden boot, Memphis Depay is hard to ignore. The Dutchman has a fairly straightforward group in which he can rack up plenty of goals, following on from his excellent record in qualifying.

The forward scored 17 times across 16 games for his country in 2021, scoring 12 times across the qualifying campaign for the World Cup. The Dutch look to have a straightforward run to the last eight and that gives Depay a chance to gain an early lead in the scoring stakes.

The Netherlands will be playing at their first World Cup since 2014 and they will be keen to make up for lost time in Qatar, with a certain Memphis Depay likely to be key to their chances.

Depay has a phenomenal goalscoring record on the international stage, averaging over a goal every other game from 81 caps for his country, with 21 of those strikes coming across his last 21 appearances.

That is a record the Barcelona star can extend in Qatar and he should get plenty of opportunities to do so, as the Dutch have been drawn in a friendly-looking group alongside the hosts, Senegal and Ecuador, while a potentially favourable second-round draw will also await if they top the section.

All this suggests the Dutch can go far at the finals and if they do, Depay could well end up topping the scoring charts.