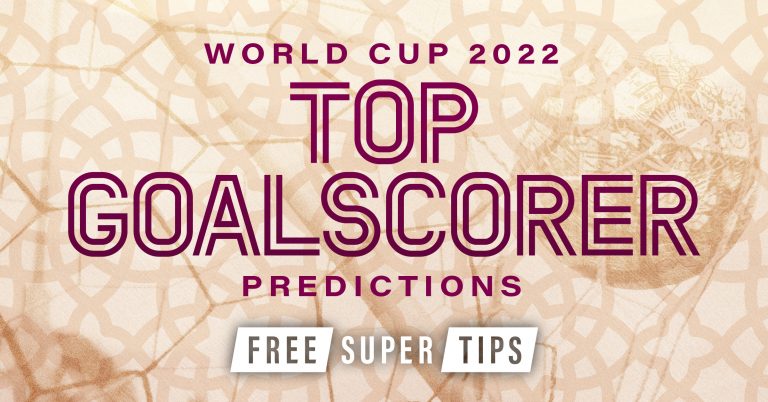 The football world is slowly starting to turn their attention towards the upcoming World Cup but here at FST we’re already approaching fever pitch ahead of kick-off in Qatar in under two weeks time.

Next up in our countdown to Qatar is our World Cup 2022 top goalscorer predictions and I have picked out a few juicy options for the Golden Boot award.

Harry Kane took the accolade in Russia four years ago and the England captain enters the 2022 tournament as favourite, ahead of Kylian Mbappe, Neymar, Karim Benzema and Lionel Messi.

Here are the betting odds of the top goalscorer favourites:

Lionel Messi to be top goalscorer at 12/1

An Argentine hasn’t won the World Cup Golden Boot since Mario Kempes in 1978 but if anybody can end that drought it is Lionel Messi in what is likely to be his final swansong on the world’s biggest stage.

Messi was joint-top goalscorer at the 2021 Copa America, where he finally ended his wait for a major international trophy, and we are tipping Argentina to continue their fine vein of form by winning the World Cup in Qatar.

After a difficult first season in France, Messi has sprung into life this season and looks to be in scintillating form heading into the tournament.

He has scored 12 goals and assisted 14 more in just 18 appearances for PSG and. At the time of writing he has ten goal involvements in his last four appearances alone and has failed to either score or assist just once in his last 12 outings.

Messi hasn’t always found his best form for Argentina but he has put in some of his best performances for his country over the last two years, scoring 19 goals in 22 appearances since the beginning of 2021.

He scored all five goals in a 5-0 thrashing of Estonia in June and has a ridiculous nine goals in his last three games for his country. If he can carry this form to Qatar he has every chance of leading his country to World Cup glory for the first time since 1986.

Memphis Depay to be top goalscorer at 25/1

The Netherlands are another of our picks to go far in Qatar and Memphis Depay will be key to their success going forward.

The 28-year-old was rampant in qualification for the World Cup with 12 goals and six assists across ten games, meaning he now has some 21 goals in his 22 international appearances since the beginning of 2021.

The Barcelona forward hasn’t played since a UEFA Nations League trip to Poland in September after he picked up an injury but he is reported to be nearing full fitness and should be well-rested ahead of Qatar.

Aleksandar Mitrovic to be top goalscorer at 66/1 eachway

After a record-breaking Championship season in 2021/22, Aleksandar Mitrovic has put all doubts around his ability to perform in the top flight to bed.

The 28-year-old has already scored nine goals in 12 Premier League outings for Fulham and he has always been at his best when spearheading the Serbian attack.

He scored four goals as Serbia put four past Sweden and two past Norway in the most recent international break and has a sensational 50 goals in 76 international appearances. He has scored 14 of those in his 15 outings since the start of 2021 and will fancy his chances against Cameroon and Switzerland in Group G.

Cody Gakpo to be top goalscorer at 66/1 eachway

While Depay is Netherlands main man going forward, Cody Gakpo is an emerging talent and has enjoyed significant game time for his country since his debut last year.

He has scored three goals across nine appearances for the Oranje and two of those have come in his last two starts, but what really sets him apart is his sensational club form in the build up to the World Cup.

The 23-year-old PSV forward has scored 12 goals and assisted 14 more in just 18 appearances for his club this season, taking his total to 51 goal involvements since the start of the 2021/22 season.

Sadio Mane to be top goalscorer at 100/1 eachway

Named Man of the Competition in the delayed 2021 African Cup of Nations earlier this year, Sadio Mane is the crowning jewel in a talented Senegal side fresh from winning their first ever major international tournament.

Mane has scored a respectable 34 goals in 93 international appearances but he has stepped up his game over the last few years, netting 15 times in 24 games since the start of 2020.

Senegal are expected to qualify from Group A ahead of Ecuador and Qatar and Mane could easily bag a few goals against Ecuador and the debutant host nation providing his recent injury doesn’t rule him out of the early stages of the competition.

Six goals has been enough to win the Golden Boot in ten of the last 11 World Cups so Mane is worth a punt at a big price, especially with the eachway option paying out four places.