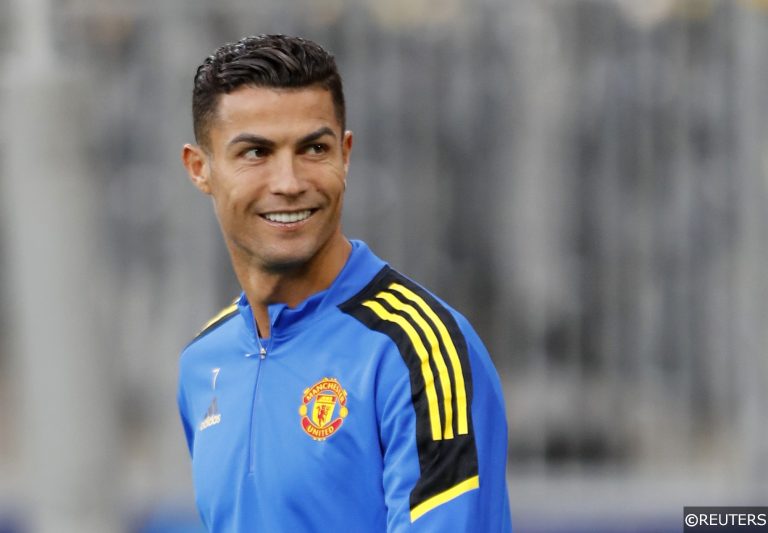 This week’s six-fold bet comes in at 55/1 and you can view all of our selections and back our accumulator below.

Manchester United are unbeaten in five games since Ole Gunnar Solskjaer’s exit with three wins and two draws. The Old Trafford club head to Norwich after a 1-1 Champions League draw with Young Boys in midweek but they were able to rotate having already qualified and as such fatigue won’t be a factor. The Canaries have improved since Dean Smith took charge but went down 3-0 to Spurs last weekend, and the visitors should have the quality to come away with all three points.

Fleetwood and Gillingham are both struggling in the relegation spots in League One and the duo have been involved in some high-scoring games. Fleetwood games average a league-high 3.7 total goals per-match this season and 16 of their 20 league games have produced over 2.5 total goals. There were 16 goals scored across Gillingham’s last five away league games (3.2 on average), so we’re backing over 2.5 when these two meet on Saturday.

Morecambe have the worst defensive record in League One with 42 goals conceded in 20 games. The Shrimps have conceded nine without reply in their last two league games, while Portsmouth are in form and are unbeaten in eight league games. Morecambe’s last five losses have been by two or more goals and we think Pompey can win with room to spare on Saturday.

Wrexham are in good form and have won six of their last ten National League games, picking up 3-0, 5-0 and 6-2 wins during that run. Weymouth have lost five of their last six away league games, and all of those losses have been by at least two goals. Weymouth went down 2-1 at home to Torquay last time out but were lucky not to slip to a bigger loss as the Gulls hit the woodwork twice late on so we think Wrexham can beat a -1 handicap.