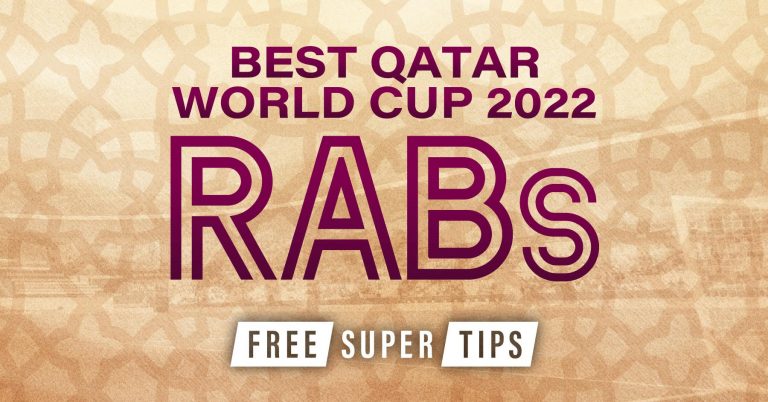 We’re inching towards the start of the 2022 World Cup, with Qatar vs Ecuador kicking things off on Sunday.

We’re into the second week of our special World Cup countdown, having covered the tournament dark horses, the winners of each group and and array of outright tips.

We’re stepping things up price-wise today as we bring you our Request a Bet picks for the tournament, with 80/1 and 200/1 selections for you to see below!

Argentina win the world cup, Messi to win the golden boot, England to make the semi-finals & Ronaldo not to score at 200/1

We’ve backed Argentina to win outright after their Copa America triumph last year, with Messi surrounded by a solid defensive set-up. That puts the emphasis on him to be the chief scorer and creator, so the PSG man is our golden boot selection.

England fans aren’t all that optimistic heading to Qatar but there’s a feeling that the draw has been kind to them. After making the semis in 2018 and the Euro final last year, there’s reason to believe Gareth Southgate’s men can make the last four.

We backed Ronaldo to struggle before his recent outburst but that isn’t a great look for the waning star. Portugal have plenty of options going forward and Ronaldo’s return of one goal from 10 Premier League appearances don’t inspire much faith.

We’ve put together this exclusive ‘Request-A-Bet’ that we LOVE the look of for the World Cup! 🏆

We’ve put together a huge 80/1 RAB that is exclusive for our Twitter followers. Check it out above and add it directly to your betslip from Twitter!

Every team to score 1+ goals in the group stage

We’ve profiled every team at Qatar 2022, highlighting their strengths and weaknesses ahead of the tournament. While some are stronger than others, every side should get a chance to shine. With that in mind, the 5/2 on offer for all 32 sides to score at least once in the group stage may well appeal.

10+ booking points in every game

Stepping it up slightly in price, here’s a 7/1 shot which could keep you interested from the opening game right through to the final. A yellow card is considered 10 booking points, with a red card 25. This offer basically backs a card of some kind in every tournament game, which is an alternative way to follow the tournament.

Russia 2018 saw an incredible 169 goals, falling just shy of the highest-scoring World Cup of all time. However, even more impressive was the fact that 63 of the 64 games featured at least one goal. The only sides to let it down might surprise you, as France drew 0-0 with Denmark.

This time around you can back at least one goal in every game through the group stage at 20/1. In theory teams have less time to get organised defensively and players are in peak mid-season fitness, so there’s every chance we see plenty of goals at this tournament!