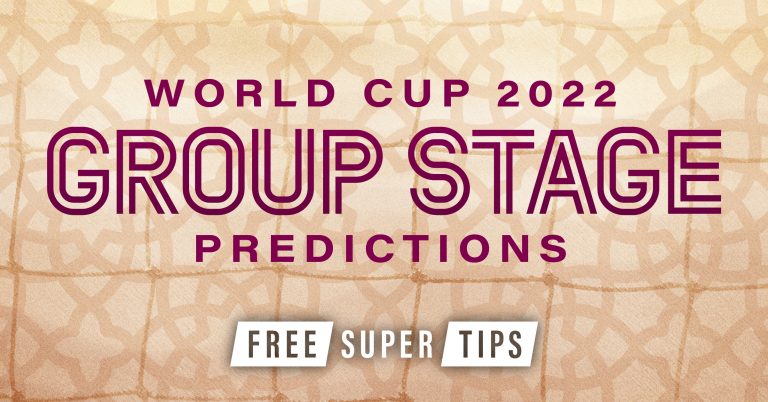 We’ve already covered our World Cup outright winner tips and our World Cup Golden Boot tips so next up on our countdown to Qatar 2022 is a gigantic group winner accumulator.

There are one or two upsets thrown in which add massive value to this 8-fold selection.

Netherlands head to Qatar in excellent form and boasting a squad packed with talent all across the pitch. They are unbeaten since they were knocked out of Euro 2020 last year and have won 11 of theri 15 games since, including two victories over Belgium.

Louis van Gaal’s side were also afforded one of the more favourable group draws, with host nation and debutants Qatar, an uninspiring Ecuador and a Senegal side that could be without star player Sadio Mane.

England may not be in the best of form right now but they have the talent to see off three Group B opponents who, while not bad teams, lack the individual talent that England possess.

Both Wales and USA have star men to call upon but both sides have struggled of late, with the former losing four of their last five and the latter failing to score in friendlies against Japan and Saudi Arabia in September. Iran could spring a surprise, but it would take a monumental effort to beat any side to top spot.

Our main winners tip for the World Cup, Argentina should have no issues claiming the top rung of the ladder in Group C. The 2021 Copa America champions are unbeaten in over three years heading into this tournament and have won 12 of their 15 games since last year’s Copa America triumph.

Mexico are an experienced but ageing side, while Poland haven’t qualified from the Group Stage since 1986 and Saudi Arabia are shoo-ins to finish bottom.

France are big favourites for Group D but there’s every chance Euro 2020 surprise package Denmark could pip them to the post, especially with the Danes having beat the World Cup holders twice in the last six months.

Denmark have won five of their last seven games and France have injury problems to contend with. N’Golo Kante and Paul Pogba are ruled out and Raphael Varane is a major doubt for the start of the tournament at least. Elsewhere, Tunisia and Australia are both unlikely to mount a challenge.

Group E pits European heavyweights Germany and Spain against one another and I’m backing the experience of the Germans to pip the vibrant youth of Spain.

Hansi Flick has talent all across the pitch to call upon, with experienced heads such as Joshua Kimmich and Thomas Muller complemented by up and coming players like Jamal Musiala. Spain have plenty of quality, too, but they are short of options up front and struggle to break sides down if Alvaro Morata isn’t firing on all cylinders.

This could be the last chance of World Cup glory for Belgium’s golden generation and they should get things up and running by topping a relatively weak Group F.

They have won three of their last five games and Croatia, who rely heavily on 37-year-old Luka Modric and have a lack of quality up front, are their only real competition for top spot.

Absolutely brimming with world-class talent and in exception form leading up to the World Cup, Brazil should canter to the top in Group G.

They are unbeaten since their Copa America defeat last year and have won 12 of their 15 games since. Serbia and Switzerland are expected to battle it out for second place ahead of Cameroon, but neither possess the quality to deal with Brazil if Tite’s side hit their stride.

Portugal are the top seeds in Group H but Uruguay, one of our dark horses for the World Cup, could spring a surprise.

Portugal won just one of their three group games in Euro 2021 and have lost to Switzerland and Spain in the build up to this tournament, while Uruguay have won seven of their nine games in 2022 and have assembled a deceptively good squad that includes Luis Suarez, Edinson Cavani, Darwin Nunez, Federico Valverde, Rodrigo Bentancur, Diego Godin and Jose Gimenez.